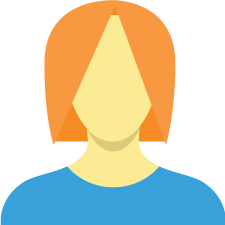 Hello, I’m Sam. Welcome to my website about crafts. When I feel annoyed or stressed, I like to bring out the craft supplies and make something new. Crafting is a way to release your creative energies in a positive way. The crafts I make are often given to someone in need of a little pick me up so I can share the benefits of crafting. I will use this site to explore all of the different crafts you can complete. I invite you to visit my site daily to learn something new about crafts on a regular basis. Thanks for your visit.

If you're a fan of Kung Fu movies, or ninja movies, then you know how popular weapons are in those films. Below you will find a list of 4 famous weapons and a brief description of them so that you can identify them from your favorite film. So, if you're a martial arts movie buff and always wanted to have one of the weapons depicted in your favorite film, then go ahead and choose your favorite and add it your collection.

This weapon is made by connecting two short sticks with a rope or chain. A popular theory about their development is that common people (farmers, for instance) were not allowed to practice martial arts or carry weapons. Okinawan people avoided this ban by implementing farming tools as weapons. Originally, nunchucks were said to be used during the harvesting of rice. They were then developed into fighting weapons.

In cinema, the weapons gained worldwide popularity due to Bruce Lee's use of them in a series of movies, including his famous film Enter The Dragon.

These are also called shuriken. They were used by Ninja as a "supplementary" weapon. The main purpose of the throwing star was not to be a primary "kill weapon"; rather, they were meant to distract the opponent so that the Ninja could advance and get close enough to use his sword.

They are highly visible in the 1981 film Enter The Ninja. In the movie, the hero takes on a warehouse full of villains with the aid of throwing stars that he keeps stashed away inside his Gi.

The katana is the curved Japanese-style sword that you will see in most Ninja movies. The sword can be traced back to the samurai of feudal era Japan. The sword will have a handle that is made of wood and wrapped in a decorative silk or dyed cotton.

You will have seen these swords in many movies, including The Last Samurai, The Seven Samurai, and Rashamon.

The butterfly knife is a popular weapon in Filipino martial arts such as Kali. Kali is a fighting style based around close combat with knives. The butterfly knife shows up in movies such as American Ninja and Big Trouble In Little China, but it has also made its way into popular films such as Face Off and Tomb Raider. The most impressive feature of knife are the "flourishes" with which it is opened. A skilled practitioner can flick the knife open in a combination of movies that is both intimidating and beautiful. Contact a company like Discount Knives and Swords for more information.